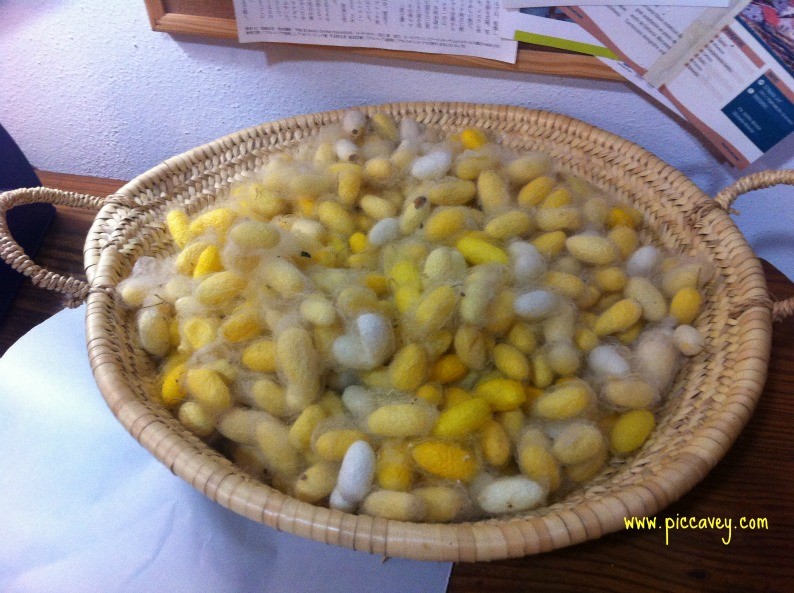 Spanish Silk may not be the first thing that springs to mind in the Andalusian Countryside.

I have been to the Alpujarra endless times. Seeing these white villages perched on hillsides never bores me. Wandering around the narrow streets of these remote unspoilt corners of the Alpujarra is a true tonic.

Each time I am there my mind wanders, I think how it was to have lived here in the past. Last year I read The Hand of Fatima which although a novel does give some insight into this history. Something I have also been interested in is the Silk production in the Alpujarra.

Since hearing about this on many occasions I wanted to find out more. Not actually knowing until now how important it actually was.

Silk production in the Alpujarra

In Summer I ventured past the three villages in the Barranco de Poquiera. I visited villages such as Juviles, Valor and Trévelez. This photo above is close to Mecina Bombaron and Los Berchules. These three villages produced the best quality silk of the time Juviles, Valor  and Ugijar. Silks which even exceeded the quality of Egyptian and Syrian producers. There was even one reddish colour that was only possible to make in the Alpujarra area in silk fabric. When trying to create this colour in other places it wasn´t possible.

The main areas of Spanish silk production  were the villages of Cástaras, Trevélez, Pitres, Pórtugos, Juviles, Valor and Ugíjar. The wealth of a village was calculated by the number of Mulberry trees or kilos of silk produced each season. Silk production seems to have began as early as the 9th century and continued on until 18th century. The boom was particularly clear from 11th century when the new port of Almeria was built making exporting silk easier.

Silks were sold all over Spain and Europe. Italian merchants traded with Alpujarra silk in 14th and 15th centuries. At the time  the Alpujarra was known by the merchants as the Country of Silk. Over 500 villages and hamlets were peppered with mulberry trees and more than 4000 looms were counted in the Alpujarra at the peak of production.

At the V&A in London they have an exhibit of Granada Silk traded by Italian merchants made in the years 1360-1420. See the image> here

This photo is silk from the 15th century. Seen in the Alhambra Museum, Carlos V palace last year in the temporary exhbition a la Luz de Seda.

Mulberry trees in the Alpujarra were the wy of taxation. The dealing and dying of the silk was done in Granada. The Realejo area of Granada was where raw silk was processed and coloured. The Alcaicería was the place where silk was taxed and traded.

In the present day the Alcaiceria is less than quarter of what it once was. A huge fire in 1800´s destroyed most of the Silk trading quarter of Granada. The devastating fire is said to have been burning for 8 days. The Alcaiceria streets (next to Granada Cathedral) are straighter than they would have been originally and of course reconstructed not original.

The decline of Spanish Silk

As each family could collect more than 40,000 silk worms it was lucrative business. Later Silk producers were heavily taxed by the Spanish Monarchs. The expulsion of the Moors from Granada in 15th century hit the silk trade considerably. The Mulberry trees were no longer allowed to be watered and many were even cut down. This reduced the production levels greatly and actually the  trading of Silk in Spain would never recover. 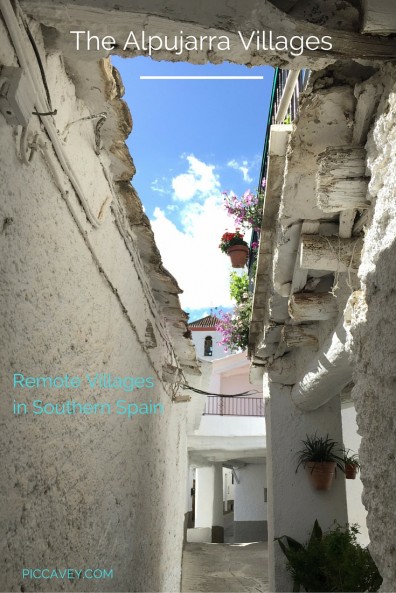 In mid 17th century a royal company tried to increase silk production but didn´t enjoy much success. Small numbers of silk producers in 18th-19th century were a tiny amount compared to the huge business at the time of the Nazrids. (photo above)  The Silk trade was now firmly based in Japan and China. When you visit the Alpujarra, Lecrin Valley and Granada countryside you will still be able to pick out Mulberry trees in the landscape. Remember to take a look…