Beneath the Alhambra Palace – Mysterious Building in Granada Spain 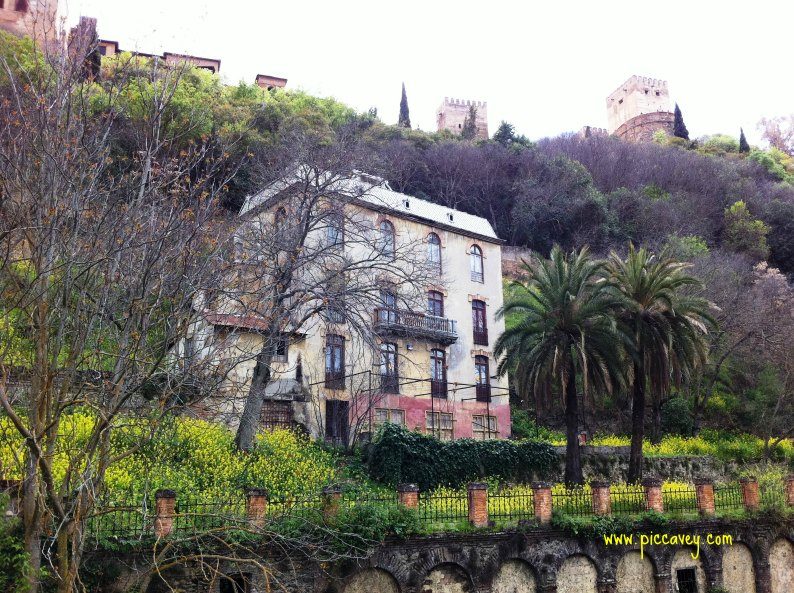 Walking through the lower Albaicin, historic quarter in Granada you can see fabulous views across to the Alhambra. Carrera del Darro is often referred to as the prettiest street in the world. Next to the river, this cobbled street is directly below the Red Castle on the hill.

You may have noticed an abadoned building on the end of the street beside the river. The Carrera del Darro changes it name someway along to Paseo Padre Manjon. Officially named this way but known by locals as Paseo de los Tristes. (Walkway for the Sad) It got this name as grieving relatives would walk along this street to a nearby cemetery.

Along this part of the street many stop to notice the abandoned building known as Casa de los Espejos. (House of the Mirrors) It´s also referred to as Carmen de Santa Engracia, Carmen del Granadillo or even by locals as Hotel Reuma !

(seen on this photo below on the right) 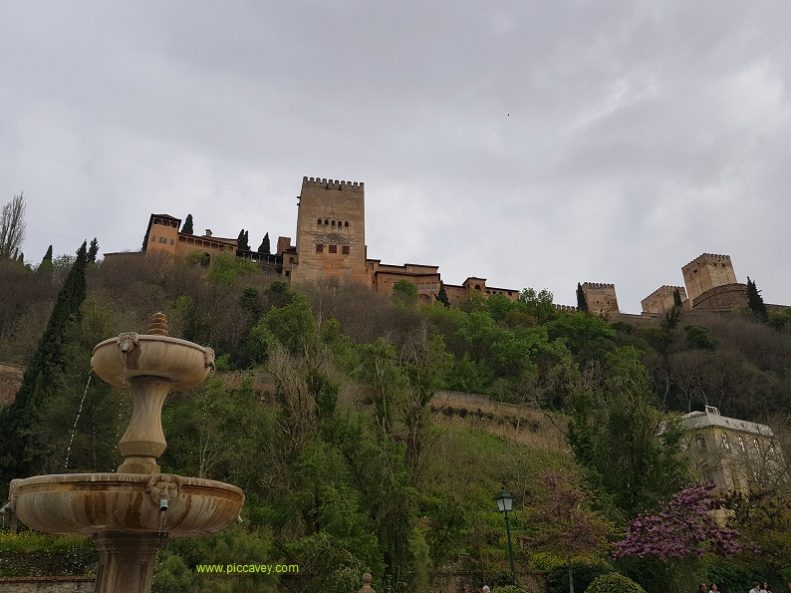 Many locals and visitors question how this building can be abandoned and in a state of disrepair when it occupies such a wonderful location in Granada. Directly below the Alhambra Palace itself.

I wanted to find out more about this mysterious building so I begin investigating. 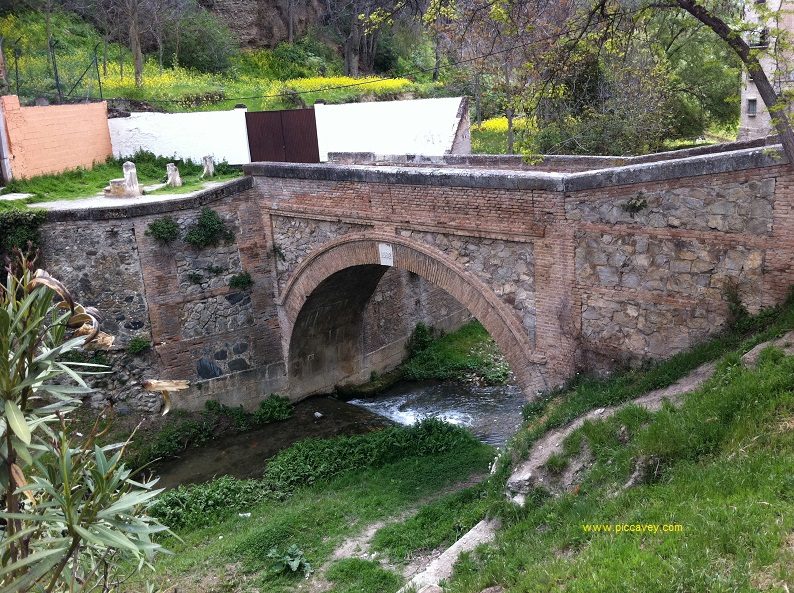 First we´ll deal with all those names!

The estate was originally Carmen de Santa Engracia. On one side there was another property called Carmen el Granadillo which made up part of it. These were separated and  owned seperately. The area has almonds trees, fruit trees, land as well as the Hotel Building which grabbed my attention.

Carmen houses are typical in Granada, especially around the Albaicin neighbourhood. Find more about them here: Typical Carmens in Granada

This elegant building on the bank of the Darro River, built just below the Comares Tower, was opened on 20th May in 1910. The name of the Hotel at the time of opening was the Alhambra Woods Hotel. In Spanish Hotel Bosque de La Alhambra.

Designed as a luxury hotel and described by the first visitors in the opening week as a ´Delightful Mansion´. It was a time in which the city was attracting it´s first tourists. In the same year the Hotel Alhambra Palace was opened too.

Many visitors were looking forward to visiting the Alhambra Woods Hotel for the first time for the Corpus Christi festival in June that year.

The hotel was well received initially, but not long after its opening months the guests began to leave.  Nicknamed by the locals as the Flu hotel. (Hotel Reuma) this name is still repeated today. The damp problems in the guests rooms, the chilliness from the river and the dark shade of woods didn´t suit the guests at all. It is understood that 1912 it stopped operating as a hotel but closed defintively in 1916 although details are sketchy. and not long after the grand hotel was forced to close. Owned by D.Manuel Antonio Reyes Clavero a Building Surveyor whose wife owned the land.

Since the closure of the Hotel Bosque de la Alhambra the building has been used for different purposes. It´s said that the Composer Manuel de Falla was living on the estate of Carmen de Santa Engracia during the summer of 1921, where he received the regular visits of the Granada poet Federico Garcia Lorca.

During the war in 1936 the building was used as a Hospital for the city.

Later in 1940 it was used as a base for a Masonic Lodge, named Alhambra. At the time there were three masonic groups in the city, Federico Garcia Lorca is rumored to have been a member.

Then around the years 1950 to 1960 it has been documented that part of the building it was used as a factory for making ropes from cannabis plants.

Up until the year 2000 the building was in a state of abandon, that year it was taken over by the Alhambra management comittee and now destined to be used as a centre related to the monument.

The recent plans drawn up by the Granada council and the Andalucian local government promise to improve the general aspect of the area and recover the bridge of Chirimías, so that it regains it´s original appearance, as well as renovating the building in order to offer cultural activities related to the Alhambra Palace and offer temporary or permanent exhibitions. 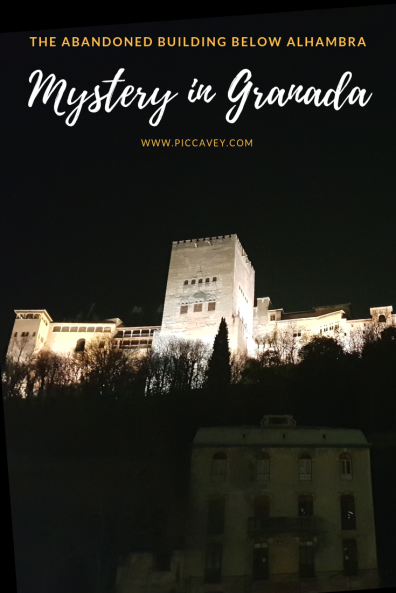