This week I visited Malaga Wine Museum on the edge of the city of Malaga. Located inside the palace of Biedmas, a grand 18th building. This museum is also the Regulatory HQ for Malaga Wines.

In 1933 Local Wine was officially recognised as a D.O. Although Malaga´s love affair with wine goes back right to Phoenician times.

Inside they have a collection of wine making machinery from different centuries. Vintage packaging from the last 100 years and information explaining all the varieties of Malaga wine. 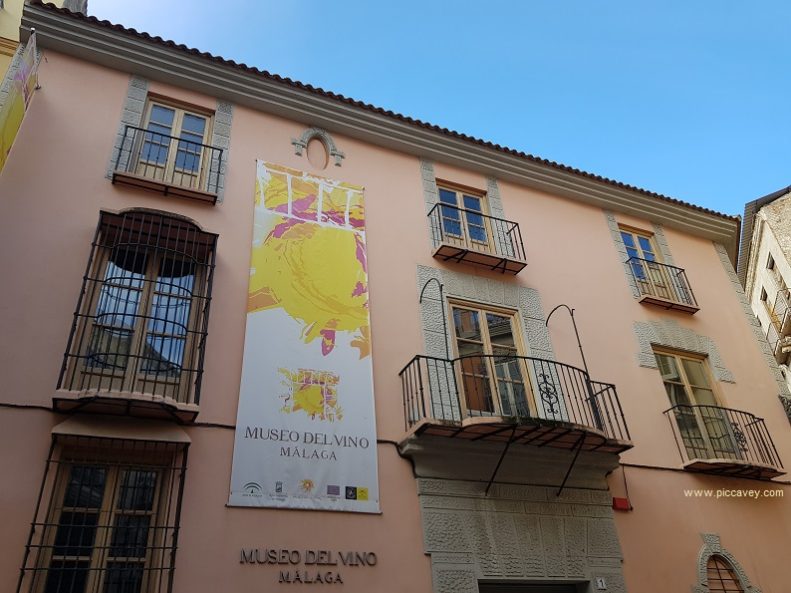 Visiting Malaga Wine Museum I learnt a lot. I was familiar with some Malaga wines. Botani by Jorge Ordoñez in Velez-Malaga and Nino de la Salinas in the North. They produce one my favourite Rosé wines. Al Fresco Rosado (A perfect for summertime tipple)

On this visit I learnt about the five different geographies of Malaga wines. What does D.O mean?

D.O is short for Denominacion de Origen in Spanish. This classification system applies to Spanish wines and foods too. These D.O certifications are specific to certain geography. This area is delimited the Regulatory Comittee. (Consejo Regulador in Spanish)

As well as the geographical area other factors make a wine a D.O. Varietals used in the production, percentage of alcohol, quality standards, production methods and maximum yields.

Now 45 different producers are producing Denominacion de Origen Malaga Wine. These 45 wineries are located in the 5 areas listed above. 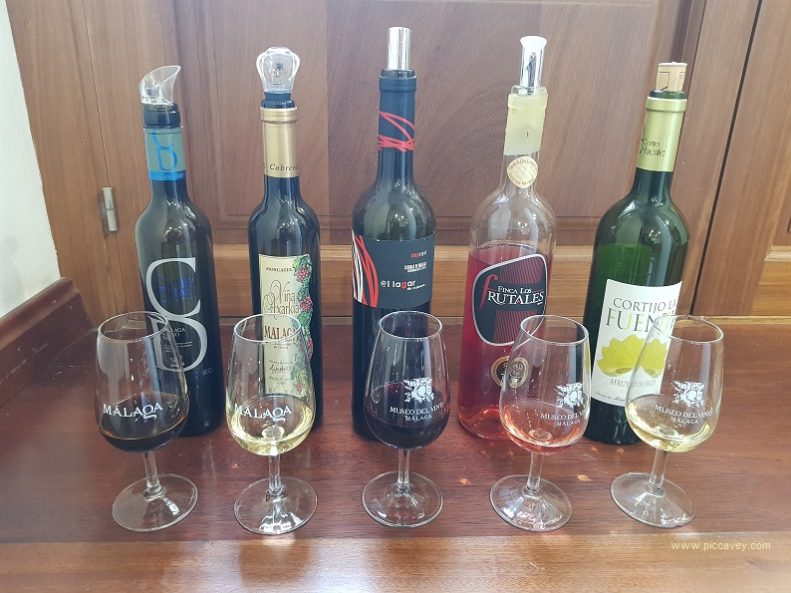 Malaga wine matures in Oak barrels according to the D.O requirements.

The categories are as follows:

The D.O Sierras of Malaga (Mountains) was recognised in 2001 and the categorisation is different. 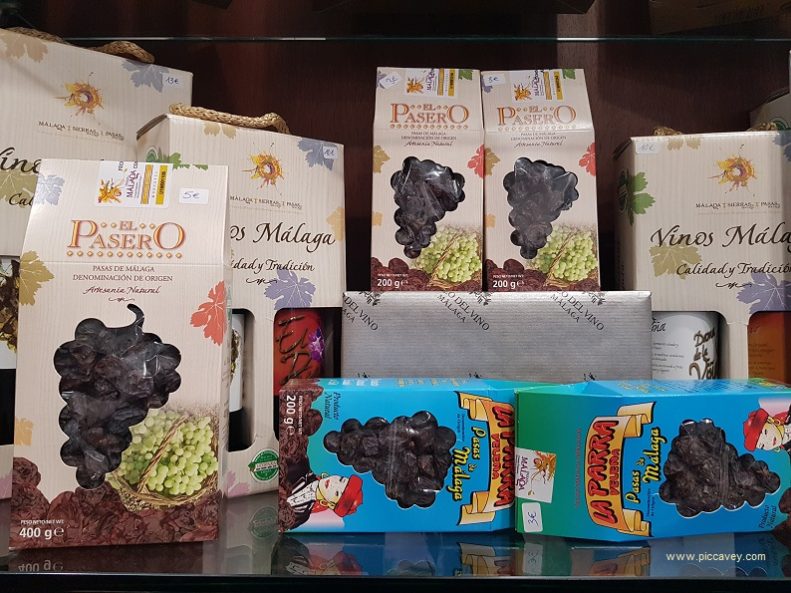 As I mentioned before D.O is not only for wines. Foods such as Olive Oil, Cheese, Seafood or Raisins can also be Demoninacion de Origen in Spain. Therefore it is no surprise that Malaga Raisins have their own D.O Pasas de Málaga. Registered since 2004.

Recognised by the United Nations Organisation for Food and Agro-Industry. Declaring Moscatel raisins as a SIPAM, Important System of World Agricultural Heritage.

Due to its richness in biodiversity and sustainable agricultural systems in the region. 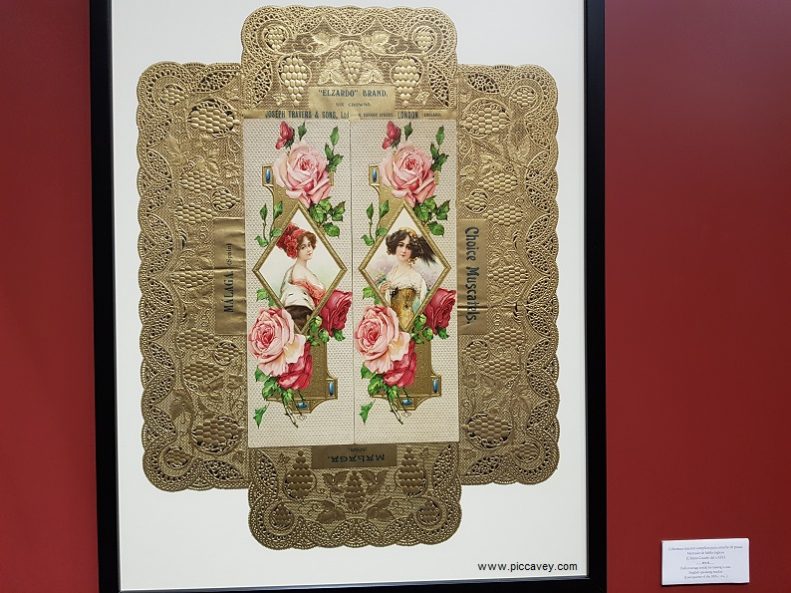 The North and Axarquia is the Raisin producing area. There are two varieties of Moscatel grape produced in Malaga, Alejandria and Moscatel de Malaga. Growing in the area since 12th-15th centuries when they were introduced by Muslim settlers at the time of Al Andalus.

Exports of Raisins and Wine from Malaga port began to increase in the late 18th and early 19th centuries. Popular in the USA and UK, even the Founding Fathers of America drank Malaga wine.

Dried naturally in the sun at the end of the summer and exported throughout the world.

Sweet moscatel raisins have had some stunning packaging over the centuries. This example above is the inlay of a box of raisins for export to London in the late 1800s.

They even have a Raisin festival each year Mid September in El Borge. They celebrate by eating raisins, drinking moscatel wine and singing.  There are also some demonstrations of wine pressing and drying processes of the raisins too.  (3rd Sunday in Sept) 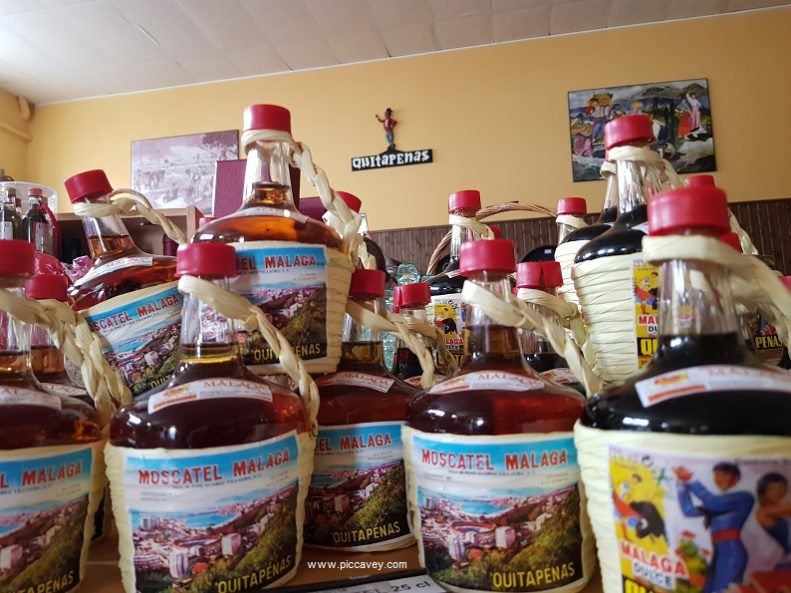 After visiting the wine museum we headed to Quitapenas Winery. This Malaga producer has been trading since 1880 consequently it has evolved into the business it is today. Now located close to Malaga airport, they have created new products like Vermut or refreshing white wines.

Malaga wines conjure up sweet dessert style wines. However as you can see from this article the variety of Malaga wines now is vast. With Dry Moscatel wines, Crisp whites and Full bodied Red varieties to sample, the industry has moved on in recent years.

When tasting several wines one of them stood out above all of them. Pajarete is aged for 3 years in American oak. Made with 80% Pedro Ximenez, 19% Moscatel de Alejandria and a touch of Tinta Romé variety. Romé is a grape exclusive to this region of Spain. Pajarete is an amber colour, almost coppery.

Of all the wines I tried at Bodega Quitapenas Pajarete was my pick of the day. 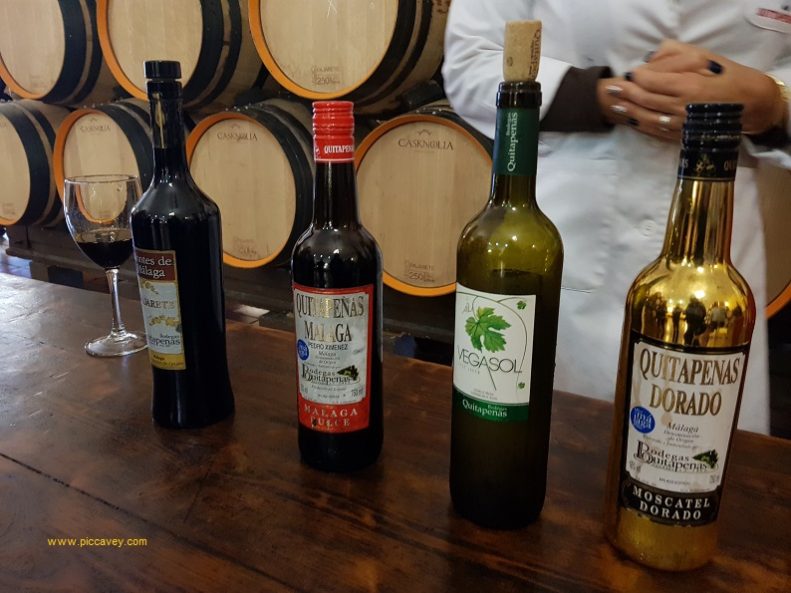 For Christmastime or cold winter nights I would choose Quitapenas Dorada. Not only for its bling golden bottle which decorates any table. It is similar to the traditional sweet Málaga wine, yet doesn´t have the deep raisin colour or treacly consistency.

Made from Moscatel it has a distinctive sweet taste, almost like to honey but not too much for a dessert wine.

This retails around the 10 euro mark in Spain.

Finally I must thank Malaga Wine Museum who showed me round and to also to Bodegas Quitapenas for the tasting.

This experience really opened my eyes to Malaga Wines. 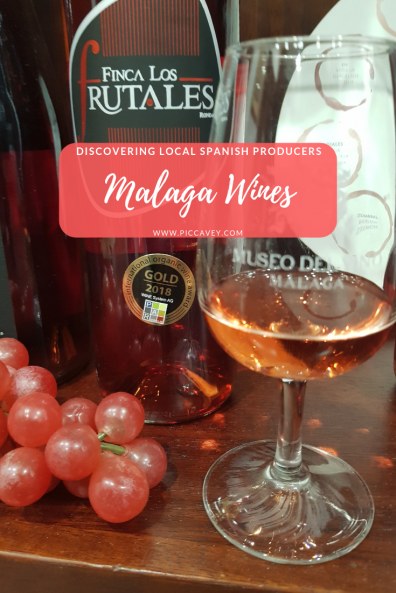 An original to discover new wines. Are the Subscription boxes from Savage Vines.

Selected producers from independent and family run vineyards in Spain or Portugal.

Delivered to you each month, I think this is also an original gift for wine lovers and foodies.

You get 25% discount off when you repurchase. (Re ordering wine that was delivered to you previously) 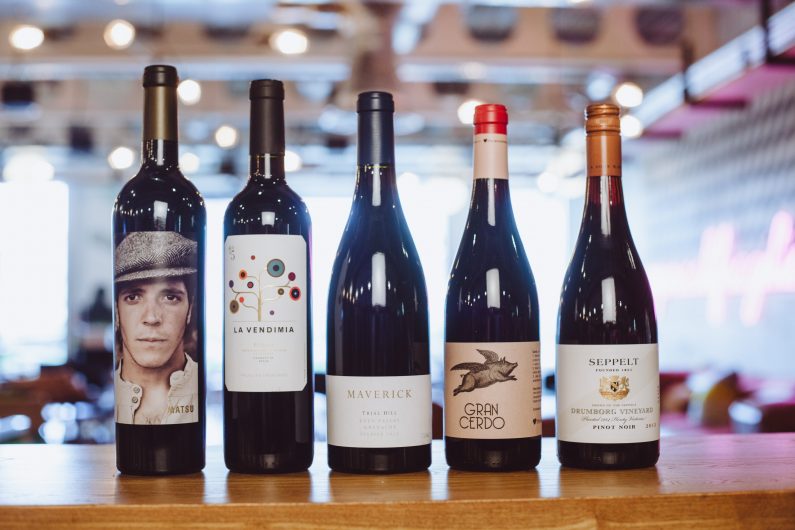