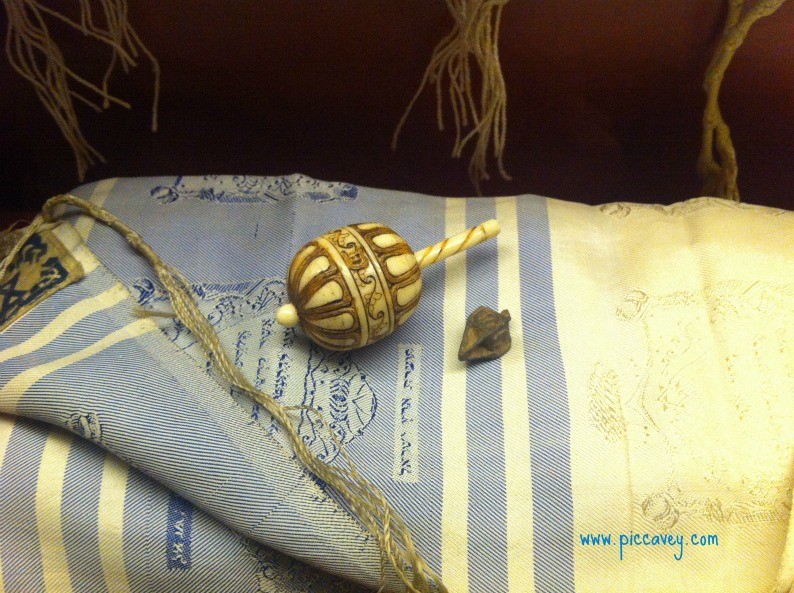 On 2nd January 2014 the Palacio de Los Olvidados opened in Granada. This new  museum is a private collection in the historic part of the city, close to Plaza Nueva. This space is dedicated to the story of Sefardi community in Andalusia.

The date chosen for the opening of this museum was symbolic, January 2nd. The Day of the Toma of Granada.  A local holiday in the city. On this day in 1492 Isabel and Ferdinand, the Catholic Kings took control of the city of Granada from Boabdil, it was the last stronghold of Al-Andalus.

This important conquest of Al Andalus soon lead to the Alhambra decree. Just two months later this decree ordered the sefardi Jews to leave Granada and the Spanish kingdom. If they didnt want to leave, the only other option was a Christian Baptism and converting to the Catholic faith.

So on the opening day of the Palace of the Forgotten, I went to see this new cultural space. The museum offers a guided tour in with the entrance price. The tour leads the visitor through the different rooms of the Palacio de Los Olvidados. The route is well structured, each room deals with a different subject or moment in history.

This inquisitioners chair is in one of the first rooms on the tour. It is one of only three chairs that remain in Spain. Spine chilling to think of the conversations that this chair has witnessed. One of the other Inquisitioners chairs is in Toledo. The city of Toledo in central Spain is known by many as The City of Three cultures.  The three cultures are visible in Granada too, and in many other places in Spain.

Having a clear theme in each room, makes it easier for the visitor to understand this dramatic history of the city of Granada. As we moved to a different part of the museum, they had a room set up with everyday items. A lamp, childrens things, ceramics etc.

A piece that caught my imagination was this Dreidel. This is a kind of spinning top with inscriptions of letters and symbols on it and would be traditionally used at Hanukkah. This is clearly a very old piece.

The final room in the Granada museum shows us images and a few exhibits from the Synagogue. This unique building in nearby Ubeda. The restoration project at the Ubeda Sinagogue is also explained briefly. If you have the opportunity to visit the Synagogue in Ubeda, it is well worth visting.

The Palacio de los Olvidados a well as the Museum space also organises concerts and musical performances in the evenings. For more information check out their website or Facebook page: https://www.facebook.com/PalaciodelosOlvidados

And if you want to continue on from the Palacio de los Olvidados the next natural stop is the Realejo. Also known as La Judería. Just a short walk from Plaza Nueva, along Pavaneras street. (You´ll find it tucked away, just off the Cuesta Rodrigo del Campo at Placeta Berrocal)

The Jewish quarter of Granada is home to the Centre of Sephardic Memory. Set in a typical Realejo house, right behind the Casa de los Tiros museum. Well worth a visit.

Here they offer guided tours of the Realejo neighbourhood. They arrange special events such as music concerts and food evenings ocasionally.