Burial of the Sardine in Murcia

Murcia, a city in Southeastern Spain celebrates the end of Lent with a huge fiesta. Last April I was invited to attend this colourful event. Part of the Spring Fiestas in Murcia or Fiestas de Primavera. It was actually my first visit to Murcia. Especially thrilled to get to know another corner of Spain I´d not already visited.

The main event of these celebration is called El Entierro de la Sardina. In English thats The Burial of the Sardine.

So what is this all about? 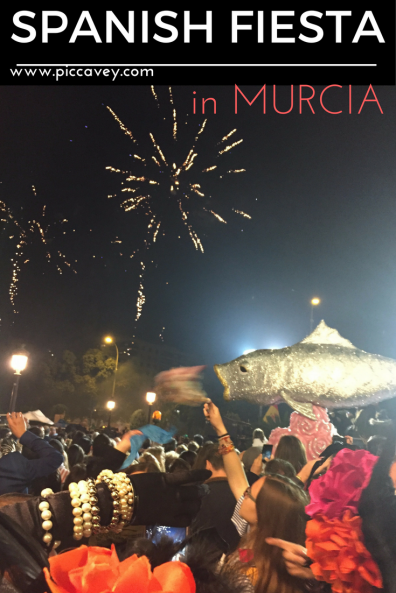 The “Entierro de la Sardina”  is a tradition which ends Carnival in different locations around of Spain. Barcelona, Ibiza, Fuentesnuevas in Leon or Las Palmas de Gran Canaria all celebrate this in some way.

Undeniably the origin of all these festivals are date back centuries. When masks were used in carnival style celebrations across the world.

Origin of the fiesta

This particular event in Murcia stands out from similar celebrations as other locations celebrate this on Ash Wednesday. In Murcia the celebration is the weekend following Easter. Dating back to 1850, that first year local students made up a small parade to celebrate the end of fasting at lent. The sardine figure was included as the students were tired of eating sardines.

This festival caught the imagination of the Murcian people, traditionally meat isn´t eaten at Eastertime so it was a good enough reason to celebrate. The fasting over Easter had passed and they could eat meat again and leave the solemn holy week behind. The tradition grew more and more popular over the years and into what it is today. A huge street party and now its a festival which has beend declared of International Touristic Interest.

What is the Burial of the Sardine?

So what happens when you visit Murcia to experience this fiesta. There are three different parades through the city centre. On Friday night celebrations begin with the Testamento de la Sardina.

This first parade is to advise the Sardine that it will be burned tomorrow. Reading the last rites.

This colourful parade has marching band, dancers, acrobats, flag bearers, and all the people involved in the celebration (see glossary below) Of course the sardine has it´s own float closing the parade.

On the big day which is Saturday there is a parade in the daytime leaving the city centre and moving up to the Plaza Circular. Finally some loud rockets are set off (no Spanish festival is complete without these). Small toys and whistles are handed to children lining the streets by the Sardineros. There are also lots of marching bands around the city during the morning and afternoon to liven up the crowds between the parades. 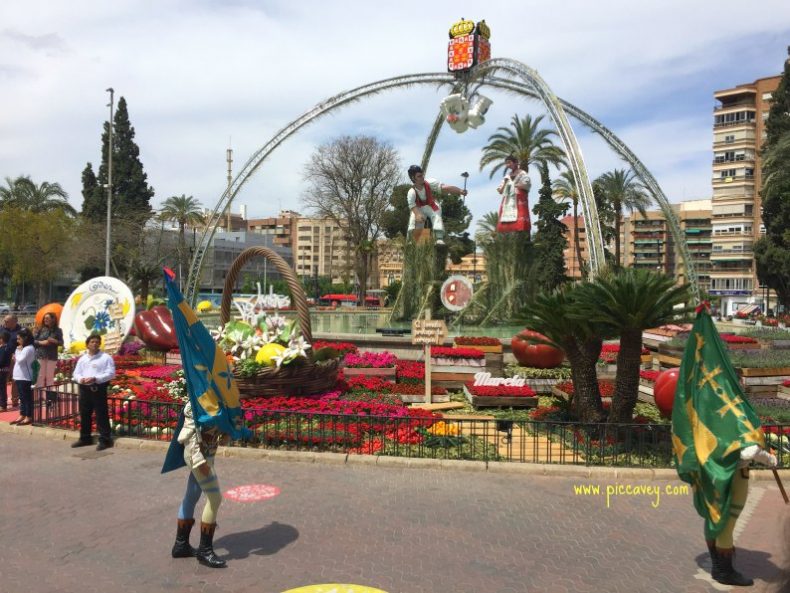 On Saturday night the main cavalcade is huge. Beginning at 9pm the festivities last until past 2am. This long procession has three parts.

The entire fiesta is accompanied by the sound of whistles. Becasuse on the first day of the festival some of the sardineros give out whistles. Some people even take their own. The whistle is heard constantly during the festivities. Along with the music from the marching bands and the bangs from the rockets. Certainly its not a festival for those who don´t like noise. 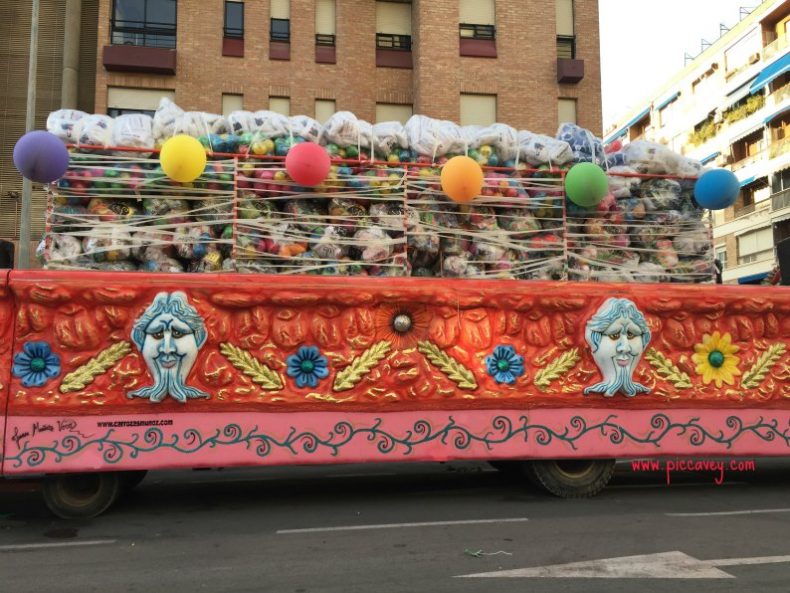 Glossary – Burial of the Sardine

Sardineros – The organisers of the whole event. Each one belongs to one of the Sardinero groups and a float or carnval lorry. They wear very colourful outfit with a long flowing cape. During the parade they also have a satchel full of goodies to hand out to the crowds.

Doña Sardina – The Queen of the festivities. Later on this figure reads the last rites to the Sardine from the Town Hall of Murcia. Part of the speech is a humorous account of current issues in the region. Afterwards, once the speech has finished, on Friday night there is a firework display opposite the town hall.

Gran Pez – The King of festivities and the president of the celebrations.

Hachoneros – These curious figures wear stripey trousers and tunics. Then they also wear a stripey pointed hat. Bearing torches they walk beside the floats so the crowds don´t get trapped by the wheels. Symbolically they are preparing to burn the sardine by starting the fire with their flaming torches.

Granaderos – These soldiers in a blue uniform remind me of French troops. This has been part of the parade for a long time. Surprisingly instead of having cannonballs or grenades they have oversize cutlery to eat the sardine. These large knives and forks prod the crowd as they go by in the procession.

Conte´s Dragon – The most well known attraction is Conte´s Dragon. Made by González Conte, a local artist known for his excellent papier mache and modelling work.  This vintage Dragon model is the symbol of this parade. The Dragons mouth has fireworks making it look like a fire breathing dragon. 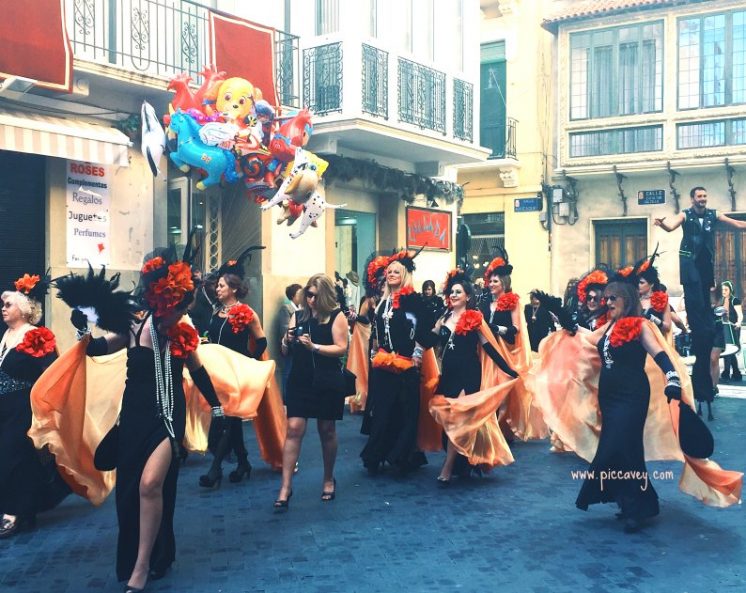 Many thanks to Daniel Robles and the whole of the Entierro de la Sardina organisation for their invitation and warm welcome.

To The Mayor of Murcia who I must congratulate on his excellent English and to the Murcia Ayuntamiento who welcomed us into the Town Hall that weekend.

and to María José Nicolás for her coordination and hosting over the weekend.