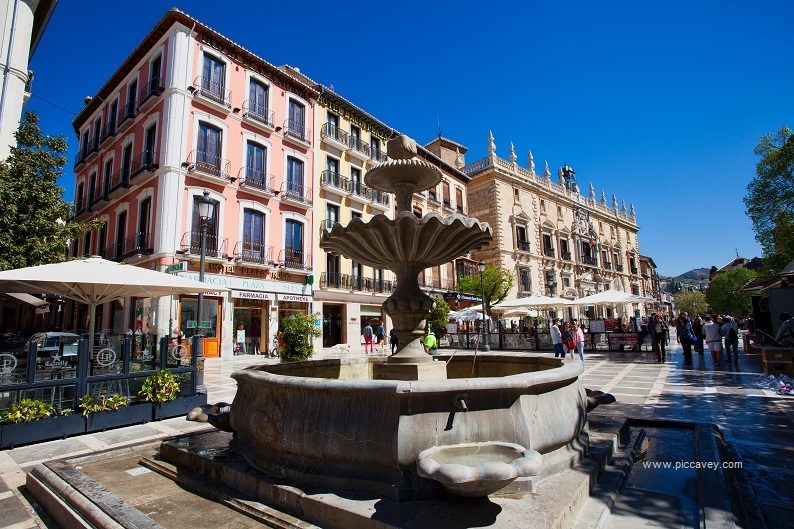 When visitors are planning their trip to Granada they often ask me about the safety in the city.

Coping with an Emergency Granada

Like anywhere with tourists, some parts of the city can be attractive to pickpockets.
In Barcelona, which was my home until 2006, pickpockets were rife. (particularly around Las Ramblas) Granada is much calmer in that respect. However there are pickpockets around, just remember that they are are opportunists. We should not make life easy for them when we visit the Alhambra or stay in Granada.

I checked the local information and there are on average 10 arrests per day in Granada, the number in nearby Malaga is around 40 per day. Barcelona can have over 200 per day, although they are working hard to reduce those numbers.

Some hotspots in Granada are: 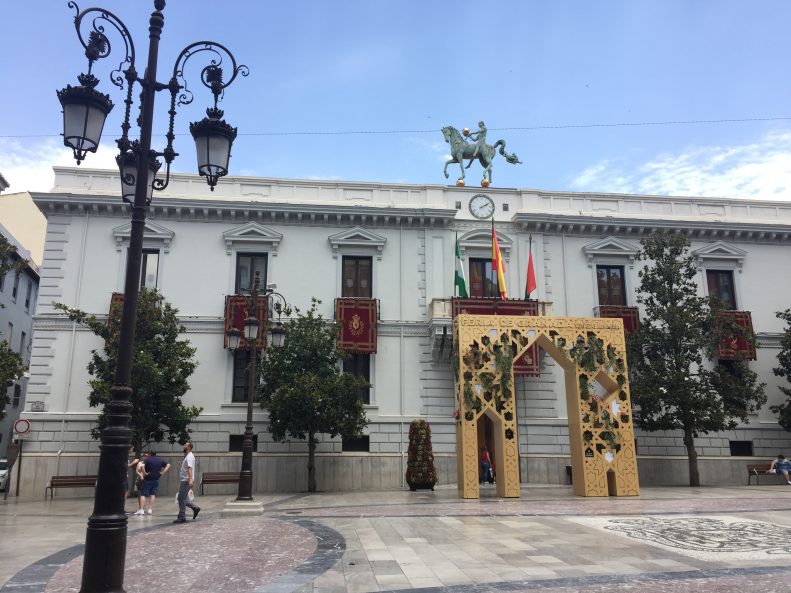 Even though these are the most common places that are targeted, any busy bars would be a great place for a pickpocket to operate. Petty crime tends to increase in large crowds and busy places. The Easter Processions and the Crosses of May festival are great examples.
As in any city please be careful with your belongings when you are out and about.

You are perfectly safe to walk around these places but be cautious. Make sure you know where you are going and don´t wave your expensive camera equipment or jewellery around… 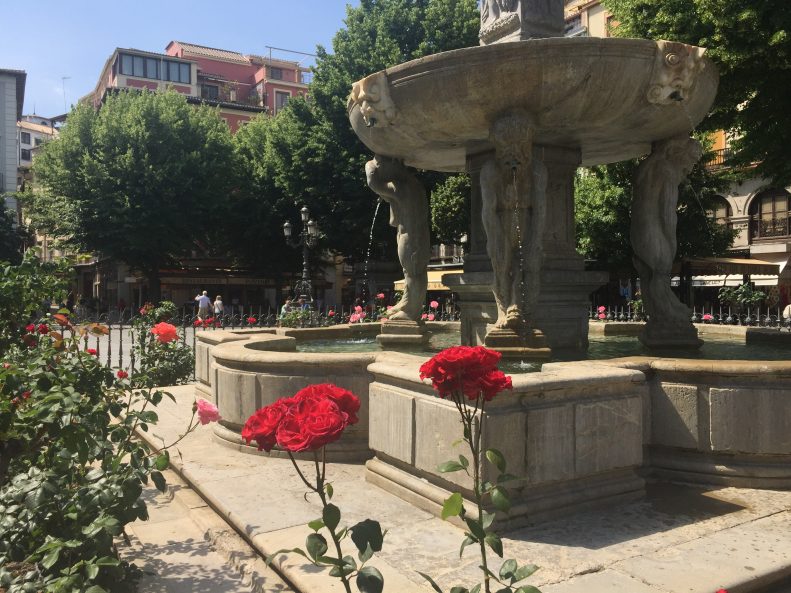 When I travel always make sure I have valid travel insurance. At the moment as a frequent traveller I am using Safety Wing (particularly good for digital nomads or travel bloggers as they are accostumed to location independent clients)

A popular trick in restaurants is for someone to come in handing out leaflets. They quickly cover your smartphone or wallet with the leaflet. As you are taking the leaflet from them they take the phone or your purse and leave very quickly)
I have seen this happen myself and didn´t realise what had happened for a while afterwards.

If you are robbed in Granada.

Here´s what to do:

If the worst should happen, you need to report this at the local police station.
The police report is called a Denuncia. This will be useful when you claiming from your travel insurance.

How to Get to Granada Police Station:

There are three stations in Granada. City Centre, Zaidin (South) and the main police station in the North of the City.

Located up the hill at the end of Calle Angel Ganivet. (Realejo District) It´s the most central office for Granada.

The Police station for the Zaidin area and South of the city (Nevada PTS) is on Calle Chile 13, Granada 18006

This is located not far from Granada bus station.
You can take the Tram-Metro de Granada from the city centre (Recogidas) to the stop at Cerrillo de Maracena

Or you can take a Taxi. The cost will be around 8 to 10 euros depending where you take it from 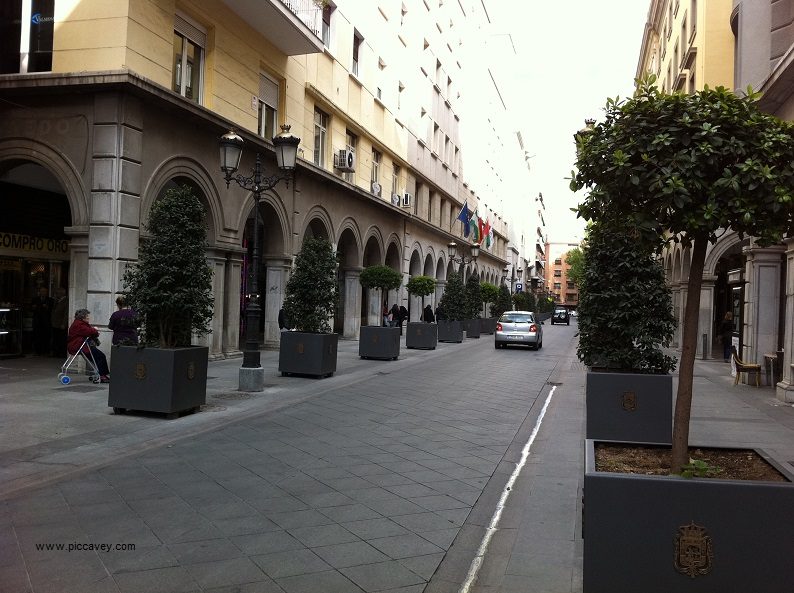 If you are on Costa Tropical the nearest one is Motril:

Over the years of living in Spain I have been with several of my friends to several Police stations.

Unbelievably on one occasion in Barcelona I managed to recover my friend’s possessions a few days after the incident. She had been robbed in Plaza Catalunya. They took her bag with designer reading glasses, camera, wallet and a few other items. I managed to get it all back. Everything intact and clean (except the cash of course) This can often happen as the pickpockets only want the cash and don´t want to have any incriminating proof on them. The throw the contents in the rubbish bins in the street.

The bin men in Barcelona know this and often hand over these goods to the Police. (Often they end up at the Police station in Nou de la Rambla) which is where I found my friends belongings. 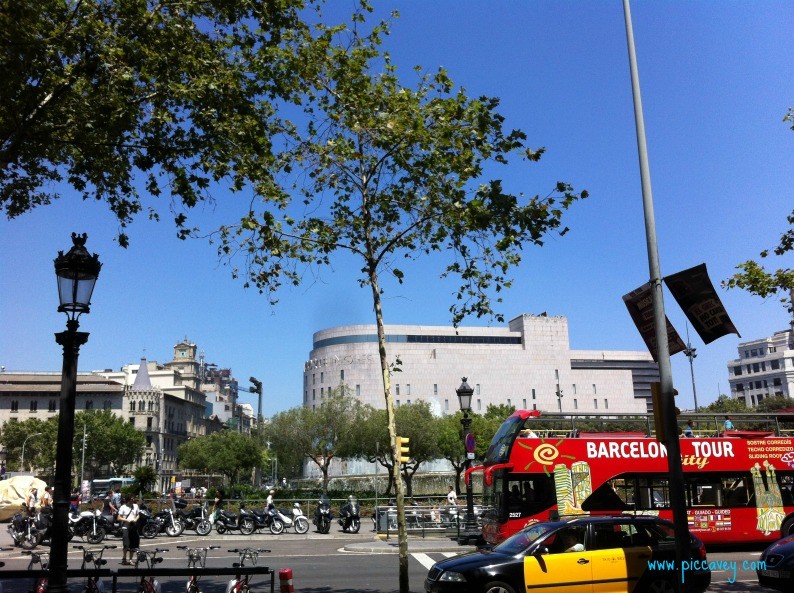 Do remember that Spain is the world safest country for solo Female Travel in the world.

According to studies and data from Gallup World Poll, UN Women, Georgetown Institute and World Economic Forum over recent years (2018 and 2019)

The study gathered information based on 50 most visited destinations around the world. The study shows countries ranked on their level of danger, besed on many criterias such as whether women are safe at walking at night or legal discrimination etc. The countries considered in the ranking are the 50 most visited countries around the world, so each continent is represented pretty well.
Each country is given score for each of the eight considerations and then ranked overall.

The eight key criterias are:

The ranking below shows that South Africa is the most dangerous place for a woman to travel alone.

If you are robbed in Spain

After you have done the Police Report (Denuncia)

Make sure you take a note of who you are speaking to or a confirmation number for the call. You may need to take note of the time and date that you reported the card missing too for future reference for your bank.

Emergency telephone numbers:
In the UK we dial 999 for all emergencies in the USA they use 911.

In Spain for an emergency dial 112

If you’ve had the misfortune of losing your passport, having a police report could prove useful.

Check out this website from Brits in Spain for more information on how to get a temporary Passport, or an Emergency Travel Document.

I always carry with me a photocopy of my passport when I travel, instead of carrying the original with me. Another thing I always have is a scan of my Passport in my email account so that I could email this if necessary. 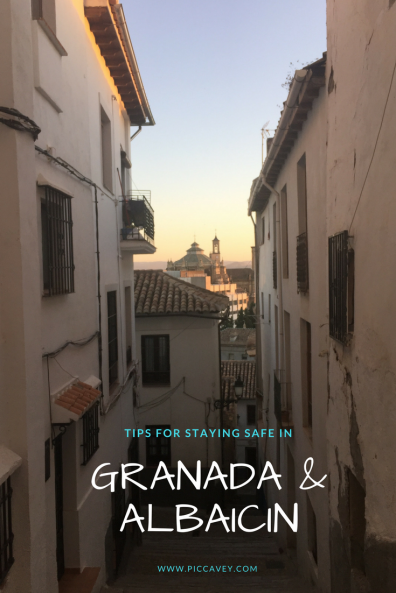 Find out here about Healthcare and obtaining an EHIC Card for European travel. You must carry this at all times with you.

In a Health Emergency call the Ambulance service in Spain: 061

Of course if you dial 112 they will also send an ambulance.
If you experience Illness on holiday or require First aid you will need your EHIC card or other healthcare cover. You can head to the nearest hospital or clinic. In some cases the nearest Pharmacy may even be able to help (depending on the situation)

I actually had this happen to me recently. Someone visiting me felt ill and we went to see a doctor. My UK visitor didn´t have the EHIC to hand. If we wanted the treatment we had to pay. The cost for the consultation was about 100 euros. A partial refund of the amount was refunded back in the UK. If this happens you can present a claim for reimbursement when getting home.

Of course it prevention is always better than a cure, here´s an article I wrote about keeping safe in the Granada Heat. 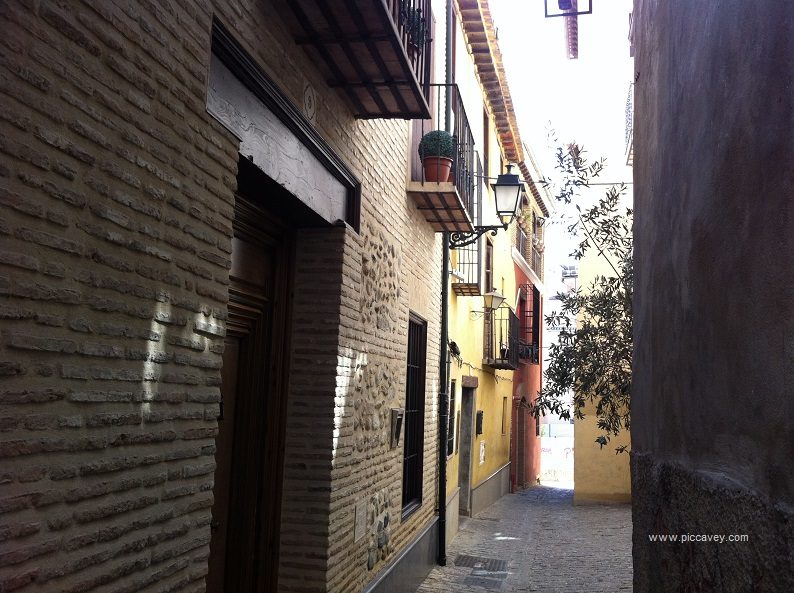 Other tips before you travel

Do you have any tips to add about Healthcare or keeping safe while travelling? I hope these Emergency Granada tips come in handy to plan your trip.

Please Note: This post contains affiliate links, which means that if you click through and make a purchase, I will receive a small commission. All thoughts, feelings and opinions shared on this blog and in this post are my own