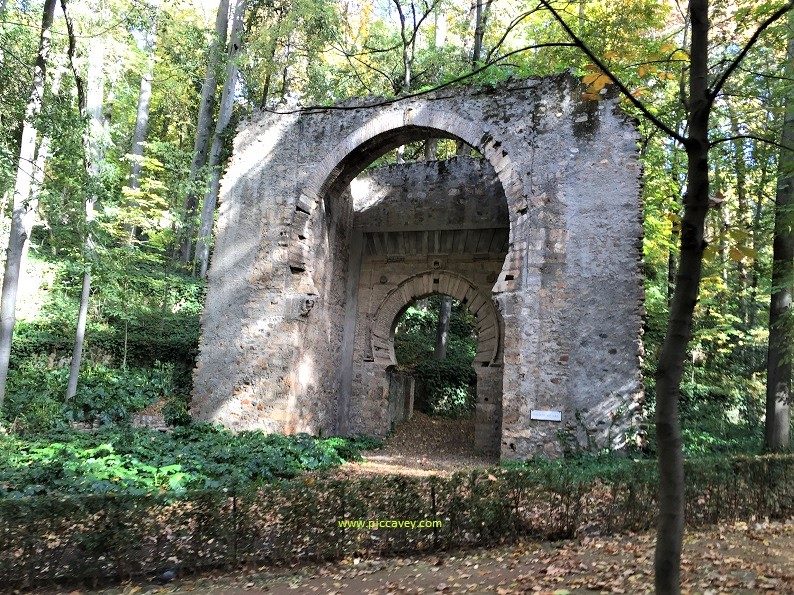 On the 1st of November Spain celebrates Todos los Santos. In the past All Saints Day was also celebrated in England too. This festival coincided with the Celtic festival of the dead (Samhain) and was a notable date in the 8th century.

In Spain this celebration has lasted through the centuries. Whereas in the U.K after changes in the religious calendar in the Anglican church, it fell into disuse. Now Halloween celebrations on the 31st October have taken over.

“All Hallows Eve” or “Hallowe’en¨ the night before All Saints Day remembers the souls lost to evil. Of course marked by wearing scary costumes and carving pumpkins to ward off evil.

Of course as things progress you do see some Halloween costumes in Spain at the end of October. In some cities there may be a few halloween parties too. But this is an imported idea and not very popular. They certainly dont do trick or treat in Spain. 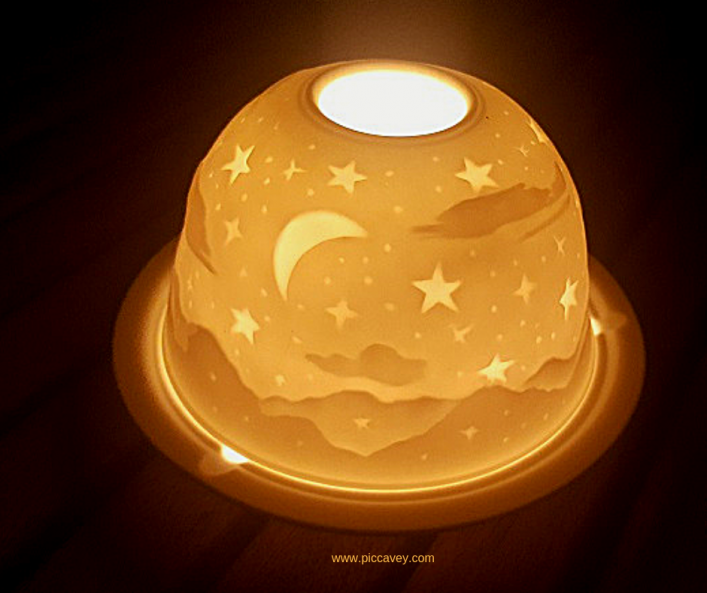 Todos los Santos meaning All Saints Day is the 1st of November but actually spans three days depending on which country you are in. From 31st October until 2nd November. AllHallowtide combines All Saints Eve (Halloween) All Saints Day and All Souls Day (2nd Nov)

In the sixteenth century before Spanish colonization this was actually observed at the beginning of summer.

In Spain on the 2nd of November they commemorate the deceased. Most Spanish families head to the cemetery to place flowers on tombs, clean the gravestone or nicho (most Spanish burials are in wall niches) and remember their family members.

This festival is celebrated in different ways across the world.

Some of the most colourful and popular ones are in Mexico, Phillipines and Guatemala.

Find out more about the Day of the Dead in Mexico The celebration there is actually two days, 1st and 2nd of November.

In the Phillipines it´s called All Souls Day. 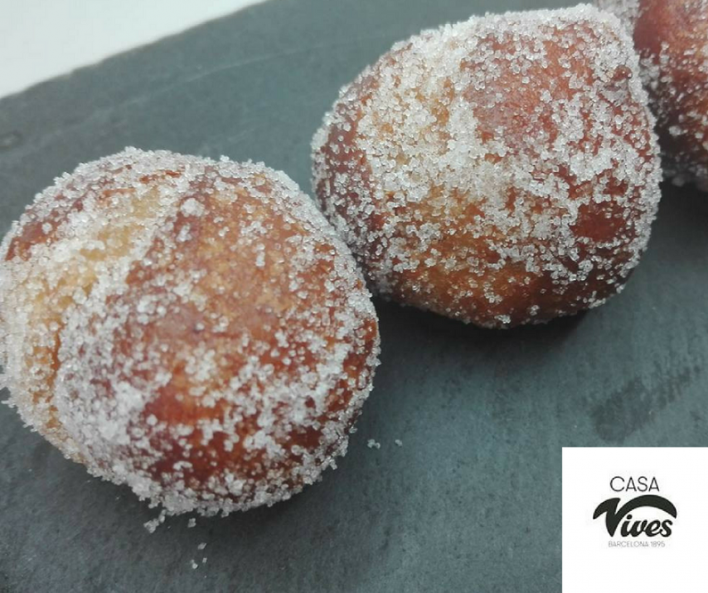 In Spain, as with any tradition, there are lots of specific foods involved in the All Saints Day celebration.

As some traditions believe that you should place food for the next life, the most delicious treats are linked to these festival days.

Typical food at this time of the year are Roast Chestnuts served by street vendors.

and Seasonal fruit such as Pomegranate or Quince. 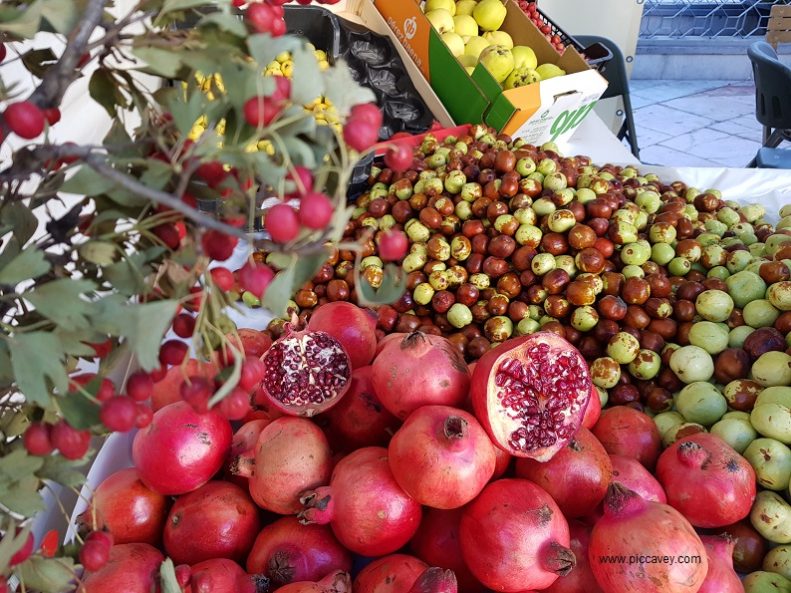 Buñuelos de viento, are round little fried donuts, sometimes filled with cream. In Jaen they have Pestiños which are flat biscuits with black sesame seeds and aniseed liquer, curled up at the edges.

Sweet potatoes are roasted or eaten in the sweet version (confit) too. (seen below)

However Panellets is one of the most typical treats on November 1st.

These delicious treats are eaten in Barcelona and Catalonia, it is the only time you can find these in the cake shops and bakeries. 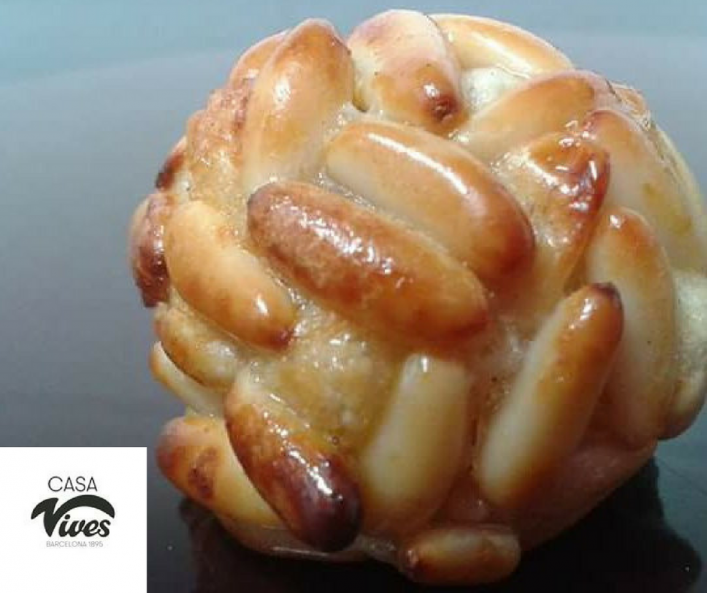 Here´s the Panellets recipe if you want to make your own.

I think that this recipe would be great idea for a dinner party. 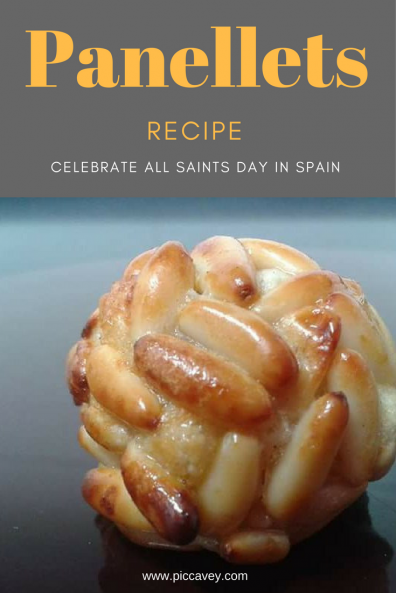 If you want to know a place to find delicious sweets, cakes and pastries in Barcelona, head to Casa Vives which is one of my favourites in the city centre. They have been in business since 1895 so have the recipe down…

They are located on Rambla Cataluña 58, (corner with Aragon) and will have their windows full of panellets towards the end of October. Todos los Santos is a holiday in Spain on 1st November however you can get panellets the days before and afterwards.

What do you celebrate on that weekend, Halloween or Todos los Santos ?