A Weekend in Cordoba Spain – What to See & Do 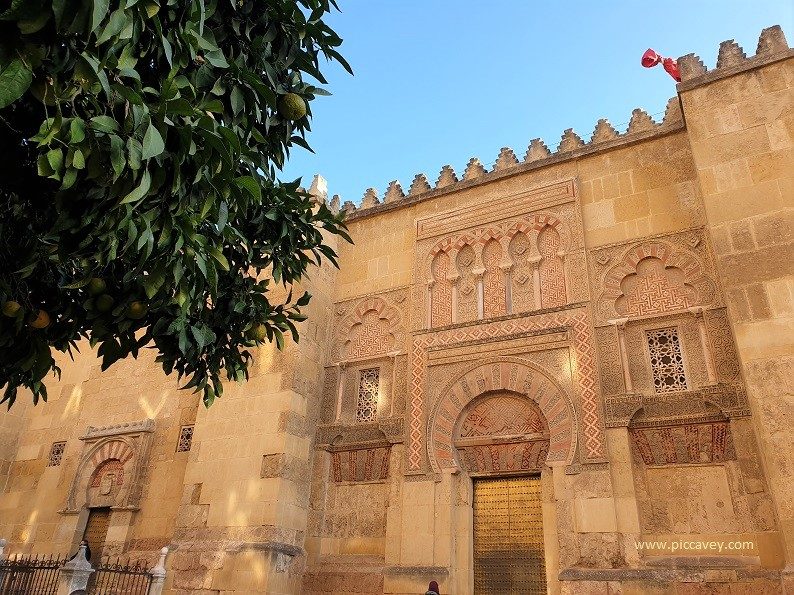 Cordoba Spain is a historic city in Andalusia, Southern Spain. With four UNESCO World Heritage Sites it is the first city to have such recognition, beating Rome or Paris.

Due to its location Cordoba is a good place to visit in Andaluca together with Granada and Seville.

In November 2019 I spent a long weekend in Cordoba at an event organised by Andalucia Travel Bloggers. The weekend conference was organised to celebrate the 4th year of the association.

On Saturday morning I got up super early to visit the most popular monument in Cordoba. The Cathedral Mosque.

Getting their as they opened made sure that I could get plenty of photos before the daytrippers arrived.

Beautiful on the inside and outside this huge building is now Cordoba´s Cathedral. Right at the heart of the Mosque is a Christian Building. It is such a unique place you really have to see it for yourself. 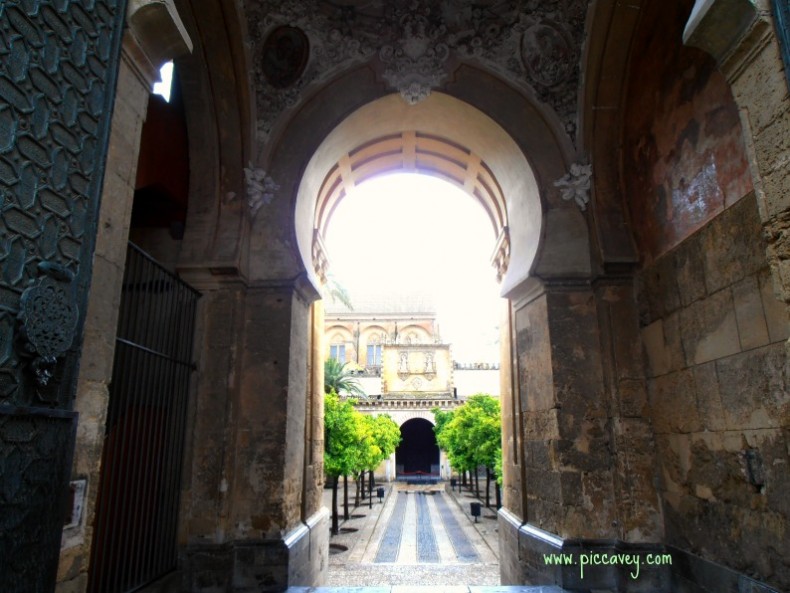 Getting tickets to visit Cordoba´s Mosque is quite simple however you can book ahead online. This is particularly recommended in the months of Spring. March April and May on weekends throughout the year.

Here are some links for tours of the monument:

Cordoba What to See

Other notable monuments in Cordoba are the Alcazar or its stunning Patios.

Wander around the Zoco to buy local crafts or soak away at the Hammam Al Andalus.

This site is a short drive from Cordoba (5kms). Buses leave from the roundabout opposite Hotel Eurostars Palace.

Guided by Luis Larrea, Arte en Cordoba we learnt about this splendid palatial city in ages gone by. Medina Azahara was built in 940 and had very grand interiors. The Salon Rico being the most ornate. (currently being refurbished).  It was declared a UNESCO World Heritage Site in Summer 2018. Since then visitor numbers have increased quite a lot.

As Medina Azahara is an archaelogical site, you should wear good shoes. There are lots of uneven surfaces, a few ramps and steps too. The site is mainly outdoors and has little shade. So if you visit in Summer months bear this in mind.

After visiting Medina Azahara, driving back into Cordoba, we stopped for lunch at Mercado de la Victoria. This wrought iron building is packed with food stalls and bars of all kinds. I choose to try to Falafel and Pastela from a Moroccan Food Stall there.

A Tapas Dinner was served at Taberna del Rio. Just down from Plaza del Potro this busy bar had excellent food and an even better wine selection. Local cheese from Zuheros, Falafel and Delicious Hummus.

No visit to Cordoba is complete without a wander around the streets of the Juderia. The narrow white washed streets of the Jewish quarter are so charming and maze like. Calleja de las Flores is probably the most well known spot in this historic neighbourhood. 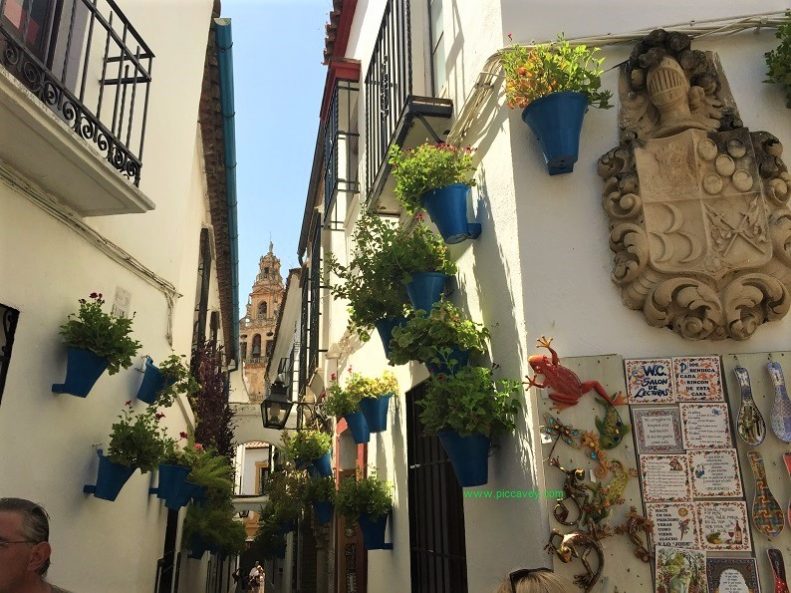 However there are many corners that only locals seem to find. Such as the tiniest street, Callejon del Pañuelo which is on the street Calle Pedro Jiménez (a side street behind Subway) It´s possibly the smallest square in the world tucked into a narrow alley close to the Mosque. The alley opens out into a tiny square complete with a small orange tree. There is even a fountain in one corner of this reduced space.

Our guide took us on a route around the Jewish Quarter explaining about Cordoba´s past, the main historical figures and events that created this historical city.

Also in the Juderia are the Patios de la Marquesa. This space is like an indoor market with different places to eat and drink. There is a sweet arab inspired tea house inside making delicious baklava and chuparkia.

They also have a Paella stand, plenty of tapas and wine bars too. Pop in for an afternoon snack or for dinner.
Its a great option as each person may choose a different type of food. For this weekend I stayed at Hotel Eurostars Conquistador. A hotel located right in front of the Mezquita. Somewhere I´d stayed a few summers back.

Breakfast is varied. The views from the room to the Mosque walls are dreamy. Seems that you can almost touch it from your bedside.

Many thanks to all the sponsors and partners that supported this event.