The best hostess in Andalusia Spain 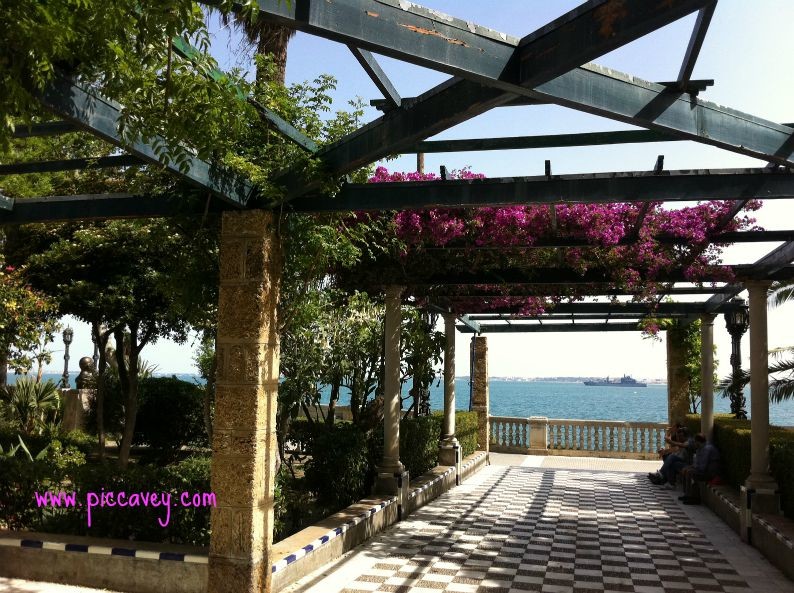 I was lucky to win the award for The Best Host in Andalucia which was run by Vive Andalucia, the prize was a 3 night stay in a four star hotel in Andalusia Spain , in the location of my choice. The competition was to choose a photo to represent Andalusia Spain to put this in facebook with a description.  Here is my door opening onto Andalusia which won the competition:

(the text below reads) Walk through the Generalife Gardens, see the breathtaking Alhambra palace, sip Moroccan mint tea, visit the old Arab Bathhouse, bathe in the mysterious moroccan style baths, stroll through the cobbled street and go back in time. As I live in Andalusia (have done for the last 6 years) I know most places pretty well, Seville, Almeria, Cordoba… although I had never been to Cadiz or Jerez de la Frontera so I decided that in the month of May that it could be a nice option. The hotel that was selected in the old part of Cadiz was the Hotel Argantonio. Located just off the main avenue near to the port in the main part of the city. The hotel was very welcoming, I felt at home as soon as I arrived. Light and airy with character. It has a 2 star rating, but I have seen 4 star hotels that aren’t quite as good as this one. The staff were attentive and I was offered free Wi-fi connection for my 3 day stay from anywhere in the hotel and also a computer downstairs in the hall in case I needed it. The breakfast each morning was good. I particularly appreciated the plates which were mismatched and different, some floral ceramic patterns, glass, or plain pottery, depending on your mood you could select different ones. It had a country farmhouse edge. There were cold cuts, different breads and pastries, plenty of juices and yogurts and a friendly waiter to bring you lovely coffee or tea as soon as you arrived to your table. The location of the hotel seemed to be close to everything, close to the wonderful Alameda Apodaca, just a short walk to the bus and train station too. The main tourist information centre was a five minute walk from here too. Torre Tavira offers panoramic views over the city and the bay and is a five minute walk away too.

The tourist board have painted 4 coloured lines around the city with recommended walks. Castles, the medieval district, Shippers and the constitution. We did the castles walk which was great for photos!

I can highly recommend Cadiz as a city break destination, whether you´re stay is for the weekend or longer. I visited for 4 days and I very keen to return after leaving several things on the list to do for next time.

My own personal highlights were: In the days I was in Cadiz I visited the Puerto de Santa Maria, the town of Jerez de la Frontera, where Sherry is from and a wine producer called Caballero. I was also lucky as that weekend was the Annual Jerez Horse Fair (every May) one of the most colourful Spanish Ferias there is.  Here´s the post: A day out in Jerez I really can´t wait to find an excuse to return to Cadiz!